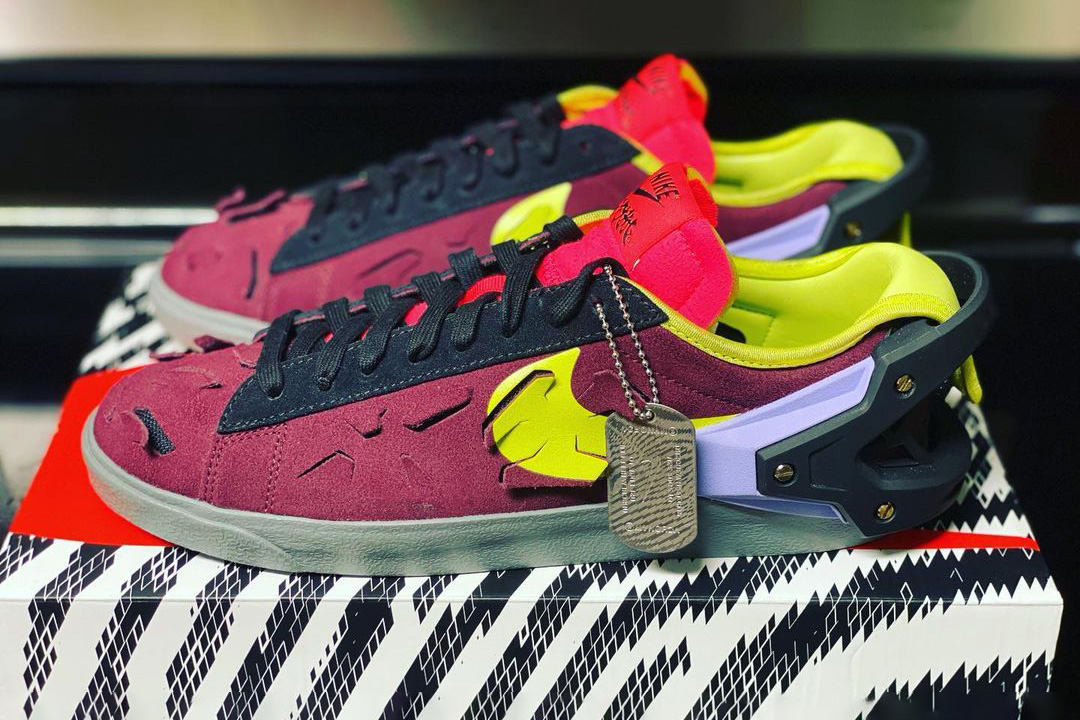 Sneaker heads and techwear fans alike have been clamoring for more collaborations between Acronym and Nike. It’s been nearly three years since the world was gifted with the Acronym X Nike Presto shoes. That wait will soon be over, as it had been revealed late last year that Acronym and Errolson Hugh would be partnering with Nike to release a variation of the Nike Blazer low sneakers. 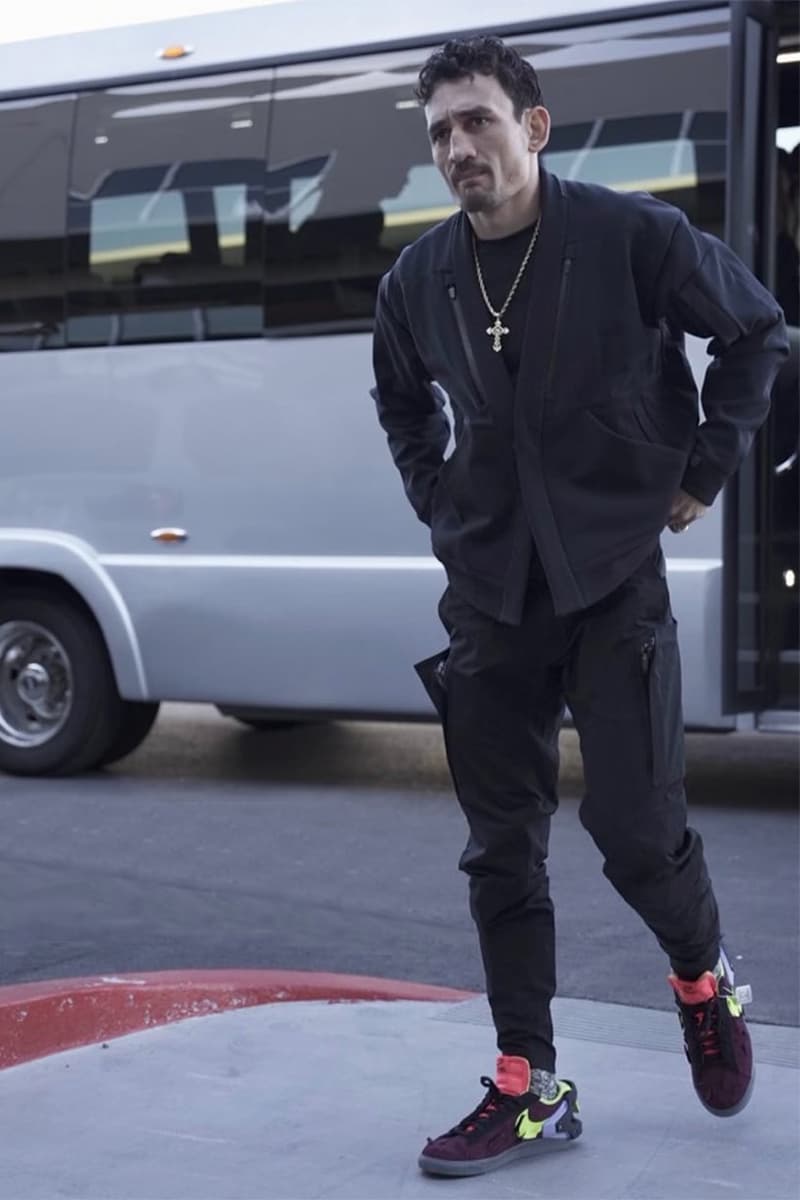 Acronym mega fan and UFC featherweight contender Max Holloway showcased the new Nike Blazer’s before his weigh in back in November, when he took on fellow featherweight Yair Rodriguez.

In usual fashion, Errolson finds ways to put his technical spin on the Nike collaborations that he comes in on. One of the most notable things right off the bat are the bright coloring patterns on the shoe, including the fluorescent pink tongue, and the yellow venom swoosh on the side. The maroon coloring on the upper is a split pattern, likely offering up more breathability, as is the custom for Acronym and techwear brands. The heel counter is laden with screws and looks to be a sort of robotic and technical piece at the back of the shoe, with the dual coloring of black and a lilac purple. The sole also appears to be that of a grey color, adding an even deeper color palette to this already wild looking iteration.

Additionally, there is an interchangeable red heel that can be swapped out for the standard black heel. There is growing concern or controversy that the heel is not functional and purely for aesthetic, but our speculation is that you can step on the heel to help with the ease of removing the shoe. Photographer AKS also snapped Errolson Hugh wearing an additional version of the Acronym X Nike Blazer in a black and yellow variation. There have been no confirmation about when this color variation will be made available, but it could come with the launch of the "Night Maroon" version.

No specific release date has been revealed yet, but there are growing rumors the Acronym X Nike Blazer Low “Night Maroon” sneakers will be out in the first quarter this year, meaning it could be a March/April release window. Nike.com, the SNKRS app, and Acronym will be the likely retailers offering this brand-new Nike Blazer. Keep your eyes peeled.

Subscribe to the Uniden mailing list, as we will update this article with a release date. You will be the first to know when the Acronym X Nike Blazer Low "Night Maroon" release, as well as the potential black and yellow variation.

The new Acronym X Nike Low's are set to release on February 9th, 2022 via the Acronym web store before launching on SNKRS Nike retailers the day after.